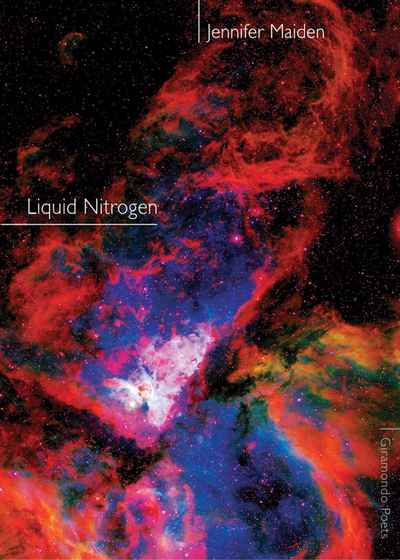 Winner of the 2014 Victorian Prize for Literature and the the Victorian Premier's Award for poetry!

Jennifer Maiden’s poems are like verse essays, subjecting the political issues of our time, and the figures who dominate them, to a fierce scrutiny, while allowing the personal aspects of experience to be portrayed in the most delicate and imaginative ways. This is the quality of liquid nitrogen which gives the book its title – ‘the frozen suspension which is risky/ but also fecund and has beauty’ – it is a substance which permits the most intense and heated interactions, and at the same time, the survival of delicate organisms. In the cool medium of Maiden’s poetry Julia Gillard confronts her mentor Nye Bevan, Kevin Rudd shares a flight with Dietrich Bonhoeffer, Eleanor Roosevelt plays Woody Guthrie for Hillary Clinton. The poems focus on the terrorist attacks in Mumbai, Breivik in Norway, dissidents in Beijing, the protests in Tahrir Square and Gillard’s way of governing, alongside tributes to friends and family, cats and dogs, birds and music. Few poets are as political as Maiden, and as intimate.