A Very Strange Way to Go to War: The Canberra in the Falklands Andrew Vine 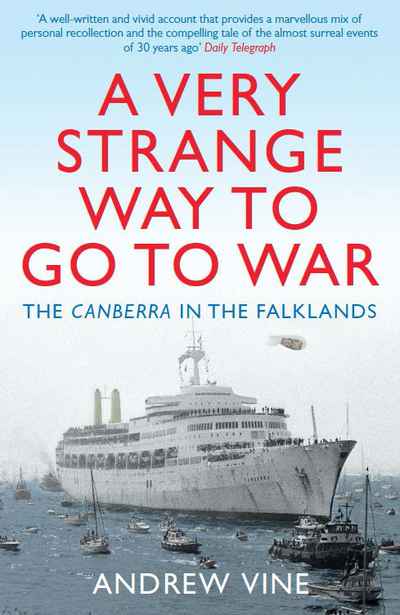 A Very Strange Way to Go to War: The Canberra in the Falklands
Andrew Vine


Full size image
Vast and brilliant white, P&O's flagship the SS Canberra was a final salute to a bygone era of opulence even as she embarked on her maiden voyage, For a decade she carried passengers between Britain and Australia, a 90-day voyage of pampering and decadence. But in March 1982, Britain went to war to defend the Falkland Islands and the SS Canberra found herself, surreally, requisitioned as a troop ship to carry the Marines and Paratroops into battle. Against all odds she surived, playing a vital role as a hospital ship, At the end of the war she arrived back in Southampton to a heroes welcome, where she became fondly known as the Great White Whale. This is the extraordinary story untold until now, of how unlikely combatants like waiters, cooks, nurses and cleaners who never in their dreams imagined they could be caught up in a war, found themselves on the front line at the very end of the world.
page 1 of 3