The Clockmaker Thomas Chandler Haliburton, edited by Richard A. Davies 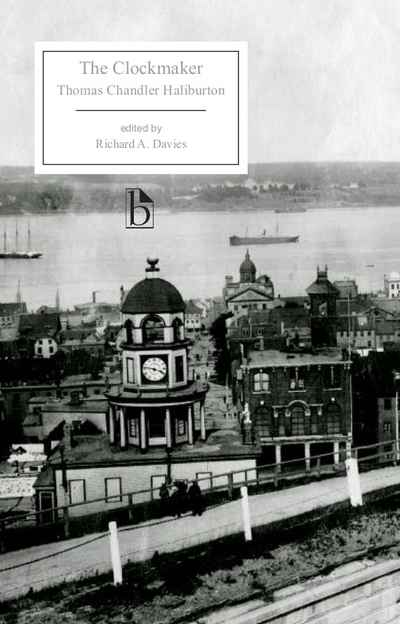 The Clockmaker
Thomas Chandler Haliburton, edited by Richard A. Davies

The serial publication of The Clockmaker in 1835-6 launched Canadian judge Thomas Chandler Haliburton to literary fame. A broad satire with a garrulous, deceitful American clock-seller as its central character, the book was embraced by reviewers and readers internationally. Some Canadian reviewers were less enthusiastic, however, with one calling Slick’s comically fanciful American slang “low, mean, miserable, and witless.” Almost two centuries later The Clockmaker is still central to Canadian literary history—and still highly controversial, particularly for its treatment of women and black Canadians.

Richard Davies, a world expert on Haliburton, provides a nuanced and illuminating discussion of the controversies surrounding The Clockmaker from 1835 to the present, and of the complex historical and political factors that led to its composition and reception. Historical documents include other writings and speeches by Haliburton, earlier satires of Canadian and American culture, and contemporary reviews.