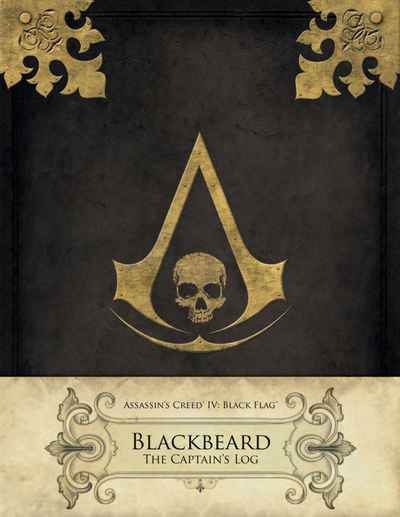 Few moments in history have proven as timelessly fascinating as the lawless Golden Age of Piracy, which was largely played out in the Caribbean of the sixteenth and early seventeenth centuries. In this time of rebellion, fortune, intrigue, and adventure, Blackbeard stands as one of the most fearsome captains to have ever sailed the seas. Now, as the latest historical figure to take center stage in the Assassin’s Creed® franchise, Blackbeard joins the ranks of Edward Kenway—father of Haytham Kenway and grandfather of Connor—as they navigate troubled island waters and carve out their destinies. Thoughtfully crafted to resemble an authentic pirate artifact, this illustrated journal delivers a unique insider’s view into the world of the game through fascinating entries that provide a firsthand account of the day­-to­-day lives of the characters. This one-­of-­a-­kind graphic novel—featuring beautifully etched illustrations and portraits, wanted posters, detailed ship’s logs and maps, newspaper clippings, Letters of Marque, and more—brings the bold worlds of Blackbeard and Kenway strikingly to life.