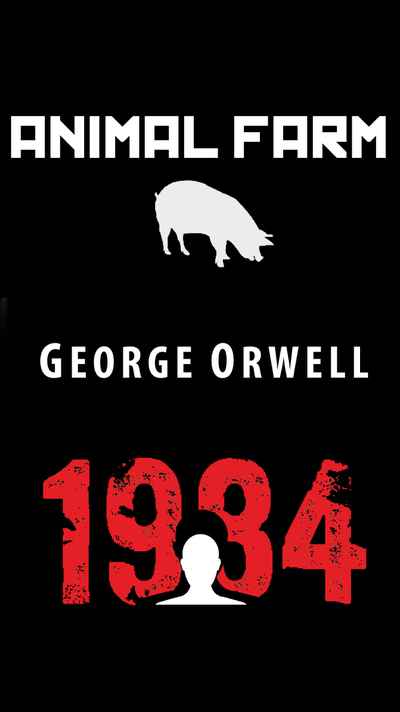 George Orwell continues to influence popular and political culture, and the term 'Orwellian' – descriptive of totalitarian or authoritarian social practices – has entered the language together with several other commonly used expressions, including Cold War, Big Brother, thought police, Room 101, doublethink and thoughtcrime.

This book brings together 2 of the most influential books of the 20th century in one deluxe hardback volume.