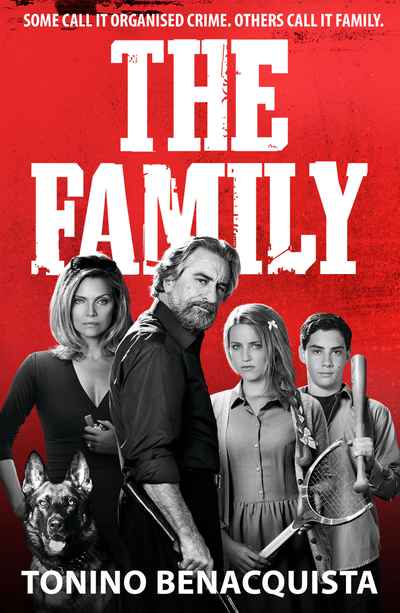 Under cover of darkness, an American family moves into a villa in Cholong-sur-Avre in Normandy. Fred Blake tells everyone he is writing a history of the landings. In fact Blake is Giovanni Manzoni, an ex-Mafia boss who grassed and is now in the FBI Witness Protection Program. Having blown his cover a number of times in the US, the FBI finally sends him to France. Things happen to this thuggish family: a plumber who angers Fred with delays and exorbitant estimates ‘falls down the stairs’ and breaks both arms, the manager of the local supermarket insults Maggie behind her back so that afternoon his supermarket burns down, Warren, the son, starts a gang in his lycée, to intimidate and extort other pupils. A coincidence beyond belief blows Fred’s cover yet again and, with the arrival of the shooters from Newark, he is able to dive back into the violent life of crime he misses so much.