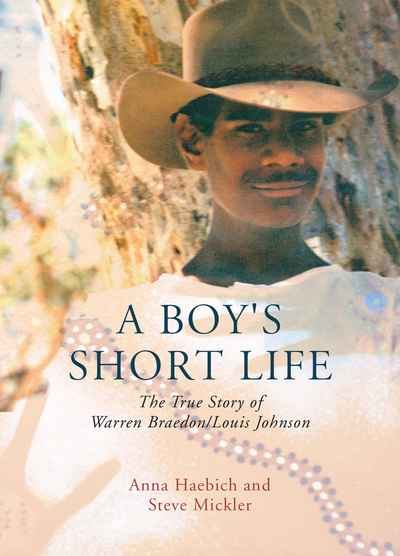 Warren Braedon, named by his adoptive parents Louis St John Johnson, was taken from his mother in Alice Springs at just three months old. Told he had been abandoned, Louis's adoptive parents, Bill and Pauline Johnson raised him in a loving family in Perth. Despite a happy childhood, Louis was increasingly targeted by school bullies and police for his Aboriginality. As he grew older, his need to meet his natural family prompted visits to Alice Springs with his parents, but they were thwarted by bureaucracy. He was planning to return to Alice Springs when, walking home on his nineteenth birthday, Louis was brutally murdered by a group of white youths whose admitted motive was 'because he was black'. Originally published in the multi-award-winning and seminal history of the Stolen Generations, Broken Circles by Anna Haebich, the story of Louis Johnson/Warren Braedon captures the dark heart of racism in modern Australia, through the tragic story of one boy and his short life.