The Year of the Comet Sergei Lebedev, translated by Antonina W. Bouis 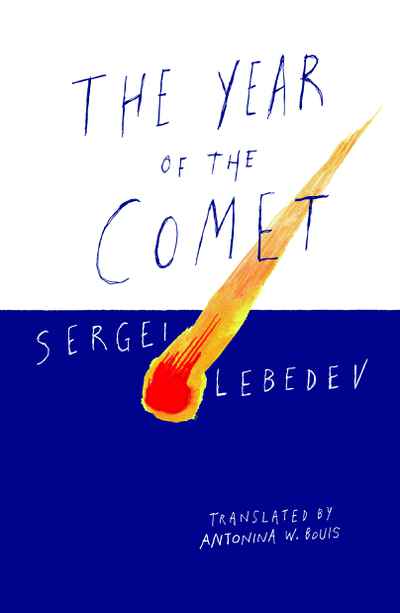 The Year of the Comet
Sergei Lebedev, translated by Antonina W. Bouis

A stunning novel about growing up in Russia on the brink of collapse, from the preeminent storyteller of his generation

From the critically acclaimed author of Oblivion comes Year of the Comet, a story of a Russian boyhood and coming of age as the Soviet Union is on the brink of collapse. An idyllic childhood takes a sinister turn. Rumors of a serial killer haunt the neighborhood, families pack up and leave town without a word of warning, and the country begins to unravel. Policemen stand by as protesters overtake the streets, knowing that the once awe-inspiring symbols of power they wear on their helmets have become devoid of meaning. Lebedev depicts a vast empire coming apart at the seams, transforming a very public moment into something tender and personal, and writes with stunning beauty and shattering insight about childhood and the growing consciousness of a boy in the world.

Sergei Lebedev was born in Moscow in 1981 and worked for seven years on geological expeditions in Russia and Central Asia. Lebedev is a poet, essayist and journalist. Oblivion, his first novel, was published in 2016 by New Vessel Press, to great acclaim.

"You read and reread Lebedev's lyrical, cutting prose with equal amounts of awe and enjoyment. This gorgeously written, unsettling novel—a rare work about the fall of the Soviet Union as told through the eyes of a child—leaves us with a fresh understanding of that towering moment in recent history."—Kirkus Reviews (Starred Review)