The Fragility of Bodies Sergio Olguin, translated by Miranda France 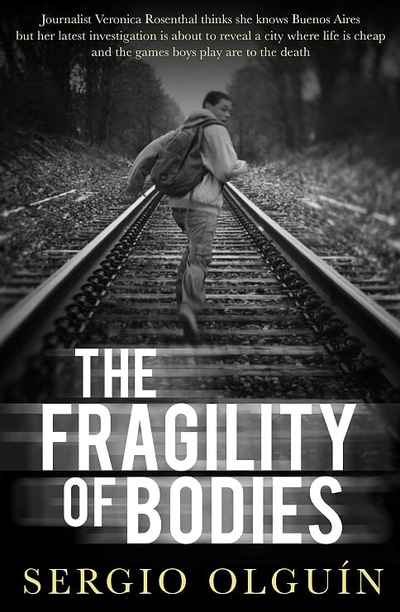 The Fragility of Bodies
Sergio Olguin, translated by Miranda France

*Longlisted for the CWA Crime Fiction in Translation Dagger Award 2020*

When she hears about the suicide of a local train driver who has left a note confessing to four mortal 'accidents' on the train tracks, she decides to investigate. For the police the case is closed, for Veronica it is the beginning of a journey that takes her into an unfamiliar world of grinding poverty, junkie infested neighbourhoods, and train drivers haunted by the memory of bodies hit at speed by their locomotives in the middle of the night.

Aided by a train driver with whom she has a tumultuous and reckless love affair, a junkie in rehab and two street kids willing to risk everything for a can of Coke, she uncovers a group of men involved in betting on working-class youngsters convinced to play Russian roulette by standing in front of fast- coming trains to see who endures the longest.

'A wonderful addition to the Argentine noir tradition. Veronica discovers much more than the web of crimes afflicting the boys willing to risk their lives for money. She discovers deep lust for Lucio the engine driver, and her willingnes to follow him into a dark sadomasochistic labyrinth, with unforeseeable consequences' — El Dia