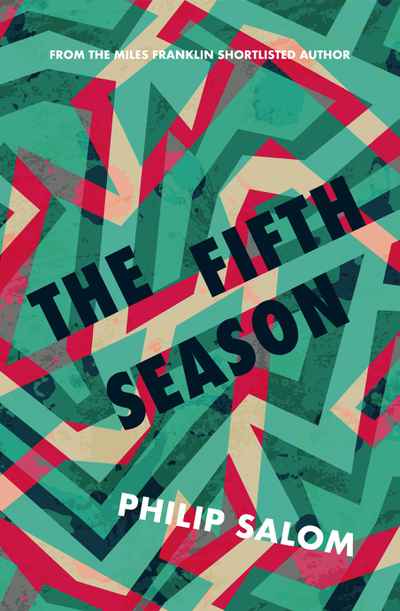 Jack retreats to an Airbnb cottage in a small coastal town. As a writer he is pre-occupied with the phenomenon of found people: the Somerton Man, the Gippsland Man, the Isdal Woman, people who are found dead — their identities unknown or erased — and the mysterious pull this has on the public mind.

In Blue Bay, as well as encountering the town's colourful inhabitants, Jack befriends Sarah, whose sister Alice is one of the many thousands of people who go missing every year. Sarah has been painting her sister's likeness in murals throughout the country, hoping that Alice will be found. Then Jack discovers a book about the people of the town, and about Sarah, which was written by a man who called himself Simon. Who once lived in the same cottage and created a backyard garden comprised of crazy mosaics. Until he too disappeared.

While Sarah's life seems beholden to an ambiguous grief, Jack's own condition is unclear. Is he writing or dying? In The Fifth Season Philip Salom brings his virtuoso gifts for storytelling, humour and character to a haunting and unforgettable novel about the tenuousness of life and what it means to be both lost and found.