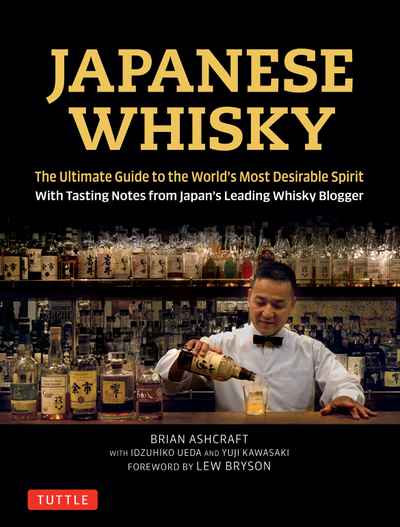 Japanese whisky has been around for less than a century — but is now winning all the major international awards. How did this happen and what are the secrets of the master distillers? This whisky book divulges these secrets for the first time.

Japan expert Brian Ashcraft and photographer Idzuhiko Ueda crisscrossed Japan visiting all the major makers to talk about past and present whisky distillers, blenders, and coopers. This Japanese whisky bible features their exclusive interviews with the people involved in the early beginnings of the Japanese whisky industry over seventy years ago. Japanese Whisky not only explains how the country's award-winning whiskies are made but also the complete whisky history and culture, so readers can truly appreciate the subtle Japanese whiskies they're drinking and buying. Kanpai!

"Ashcraft's Japanese Whisky: The Ultimate Guide to the World's Most Desirable Spirit proves to be an extremely valuable source of information. Not only does Ashcraft cover the whisky-making process in great detail, he also dives a bit into Japanese drinking culture. […] Japanese Whisky is the Yellow Brick Road on your journey of discovery into Japanese whisky. It will guide you into a great appreciation for the spirit." ―AdventuresInWhisky.com