Brooklyn: The Once and Future City Thomas J. Campanella 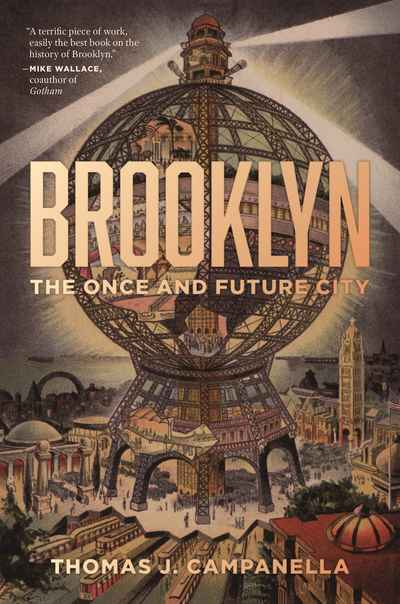 Brooklyn: The Once and Future City
Thomas J. Campanella

A major new history of Brooklyn, told through its landscapes, buildings, and the people who made them, from the early 17th century to today.

An unprecedented history of Brooklyn, told through its places, buildings, and the people who made them, from the early seventeenth century to today America's most storied urban underdog, Brooklyn has become an internationally recognised brand in recent decades-celebrated and scorned as one of the hippest destinations in the world. In Brooklyn: The Once and Future City, Thomas J. Campanella tells the rich history of the rise, fall, and reinvention of one of the world's most resurgent cities. Brooklyn-born Campanella recounts the creation of places familiar and long forgotten, bringing to life the individuals whose dreams, visions, rackets, and schemes forged the city we know today. He reveals how this immigrant Promised Land drew millions, fell victim to its own social anxieties, and yet proved resilient enough to reawaken as a multicultural powerhouse and global symbol of urban vitality.