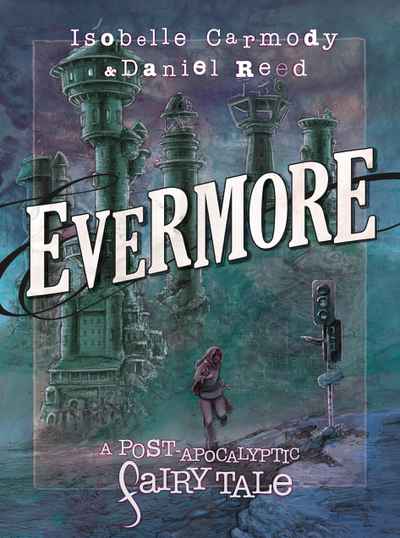 This is the post-apocalyptic fairy tale of Princess Rose, who dwells in a strange, complex walled Kingdom, the final outpost of a lost civilisation. Ruled by a tyrannical and all powerful despot, the Kingdom of Evermore survives and sometimes thrives in an otherwise devastated world of deserts and ruins inhabited by the plague-ridden descendants of those who chose not to sleep away the poisoned eons that followed the end of the old world. Growing up under the watchful eye of her stern but beloved nanny, Pilar, with the loving companionship of the bakers' son Quiet and the strange, enigmatic boy Enzo, Rose pursues two quests. One is to discover the origins of Evermore and the other is to understand the mysterious tragic death of her mother, a beautiful and gifted storyteller who began as a prisoner of the King before winning his heart and being made Queen of Evermore. What Rose does not know is that the two quests are linked, and only by learning the truth about the past will she find the means and the courage to walk the difficult and dangerous path that will lead to the redemption of Evermore and a future where love and hope are possible.