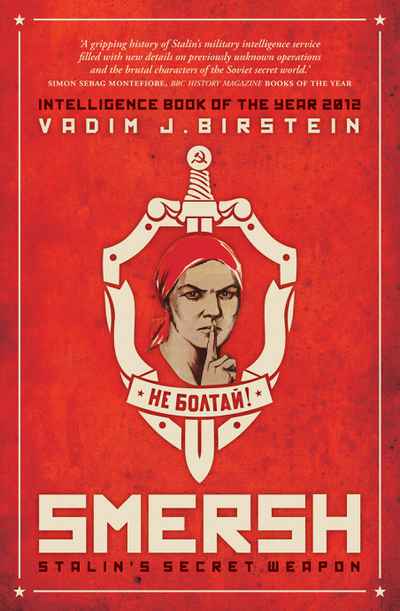 In the early James Bond novels 007 is pitched against SMERSH, a top secret Soviet agency dedicated to the subversion of the West and the assassination of Western spies. Ian Fleming took his inspiration from true life, but the real Smersh was far more savage than Bond’s fictional nemesis.

SMERSH is the acronym for the Russian words ‘Death to spies’, the name of the Soviet counterintelligence organisation dedicated to the elimination of anti-communist activity during the World War II.