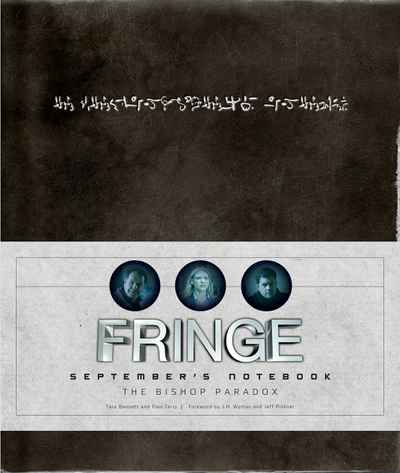 
Full size image
Delve into otherworldly phenomena with Fringe: September’s Notebook, the unique companion to the hit television series. Written from the perspective of the Observer known as September, his notebook provides a meticulously crafted account of the Fringe characters, agencies, and cases. Guided by his notes, fans can retrace the intricate destinies of Dr. Walter Bishop, his son Peter Bishop, and Special Agent Olivia Dunham; uncover shocking truths about the Fringe Division and Massive Dynamic; and revisit the extraordinary science and the astounding mysteries at the heart of the Fringe story.
page 1 of 2