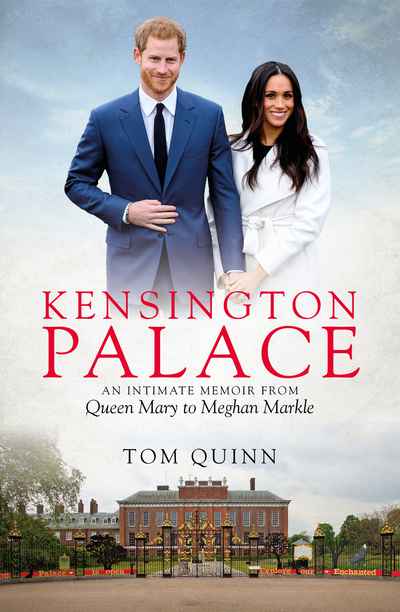 For more than 200 years the younger members of the British royal family - including future monarchs - have lived at Kensington Palace, alongside royal aunts and uncles, distant cousins and assorted aristocratic eccentrics.

Kensington Palace has been the scene of countless bizarre events - here, for example, the young Queen Victoria was held a virtual prisoner for eighteen years; and it was from Kensington Palace that Queen Caroline ran the country while her husband George II moved his pictures around.

In more recent times, Kensington Palace was famously the scene of Charles and Diana's nightmare marriage and Charles's serial adulteries. But then Kensington Palace has a long history of royal philandering. George II installed his wife and mistress in the palace, for example, and made his mistress sleep in a room so damp there were said to be mushrooms growing on the walls.

And then there were the eccentrics. George III's sixth son, Augustus, Duke of Sussex, became a virtual recluse at the palace. He collected hundreds of clocks and mechanical toys, thousands of early Bibles and dozens of songbirds that were allowed to fly freely through the royal apartments. Today, the palace is home to the future King William and his wife Catherine, and until recently home to the newly married Duke and Duchess of Sussex, Harry and Meghan.

The palace has been described as a royal menagerie, a hive of industrious freeloaders, an ant heap and even a lunatic asylum.