The War in the Dark Nick Setchfield 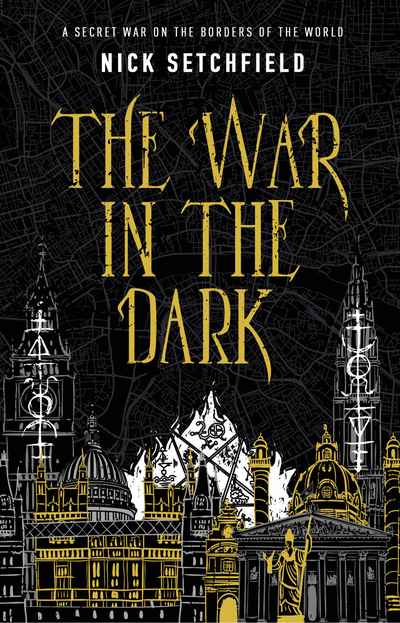 The War in the Dark
Nick Setchfield

A genre-defying page turner that fuses thriller and speculative fiction with dark fantasy in a hidden world in the heart of Cold War Europe.

Europe. 1963. And the true Cold War is fought on the borders of this world, at the edges of the light. When the assassination of a traitor trading with the enemy goes terribly wrong, British Intelligence agent Christopher Winter must flee London. In a tense alliance with a lethal, mysterious woman named Karina Lazarov, he's caught in a quest for hidden knowledge from centuries before, an occult secret written in the language of fire. A secret that will give supremacy to the nation that possesses it. Racing against the Russians, the chase takes them from the demon-haunted Hungarian border to treasure-laden tunnels beneath Berlin, from an impossible house in Vienna to a bomb-blasted ruin in Bavaria where something unholy waits, born of the power of white fire and black glass…It's a world of treachery, blood and magic. A world at war in the dark.