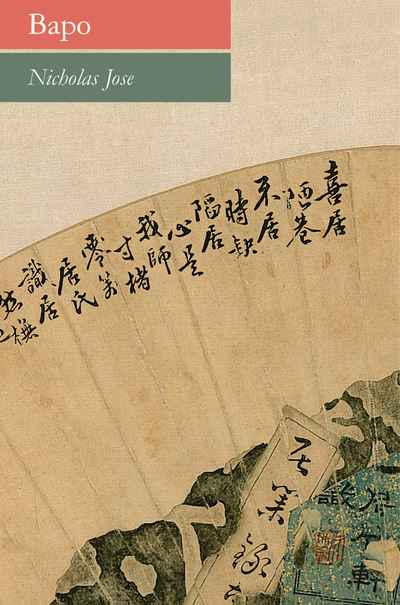 Nicholas Jose was Cultural Counsellor at the Australian Embassy in Beijing from 1987 to 1990, at a vital moment in China’s history, and has played an important role in artistic relations between the two countries since then. The title of his new collection of stories refers to an unusual kind of Chinese painting, that tricks the eye into thinking it sees a collage of fragments. Bapo means ‘eight broken’, where eight is a Chinese lucky number and ‘broken’ suggests that luck has run out, though there’s another kind of luck in simply surviving and holding it all together, less glorious maybe, but not so bad in the long run. The stories feature a cast of characters, artists, diplomats, entrepreneurs, refugees, families at the crossroads. They are all held by the past in some way, its hope, idealism, romance, adventure – and aware of its susceptibility to corruption, disappointment or manipulation.