Glory and Honour: The Renaissance in Scotland Andrea Thomas 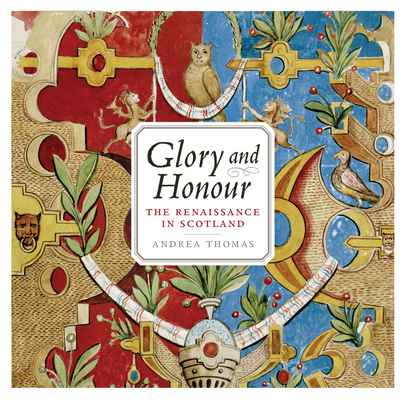 Glory and Honour: The Renaissance in Scotland
Andrea Thomas

Full size image
Since the Scottish kingdom was relatively remote, Renaissance impulses were often filtered through intermediaries in other countries, although there was some direct Italian influence too. Consequently, the Scottish version of Renaissance culture was a hybrid with multiple antecedents, adapted to suit the needs of Scottish patrons. The Stewart monarchs and the Scottish aristocracy were poorer than many other princes and nobles but keen to assert their equality in dignity and status. They sought to participate fully in the European mainstream, and saw their cultural patronage as a powerful way to facilitate that aim. The buildings, books and artefacts of the period tell the story of a vibrant and cosmopolitan culture that was innovative and confident as well as imitative and aspirational.
page 2 of 4