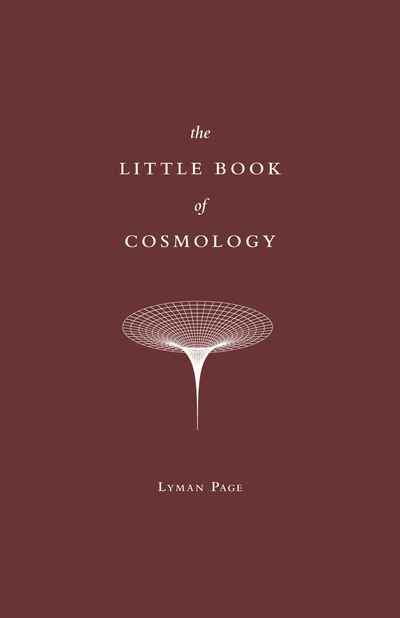 The cutting-edge science that is taking the measure of the universe.

The Little Book of Cosmology provides a breathtaking look at our universe on the grandest scales imaginable. Written by one of the world's leading experimental cosmologists, this short but deeply insightful book describes what scientists are revealing through precise measurements of the faint thermal afterglow of the Big Bang — known as the cosmic microwave background, or CMB — and how their findings are transforming our view of the cosmos.

Blending the latest findings in cosmology with essential concepts from physics, Lyman Page first helps readers to grasp the sheer enormity of the universe, explaining how to understand the history of its formation and evolution in space and time. Then he sheds light on how spatial variations in the CMB formed, how they reveal the age, size, and geometry of the universe, and how they offer a blueprint for the formation of cosmic structure.

Not only does Page explain current observations and measurements, he describes how they can be woven together into a unified picture to form the Standard Model of Cosmology. Yet much remains unknown, and this incisive book also describes the search for ever deeper knowledge at the field's frontiers—from quests to understand the nature of neutrinos and dark energy to investigations into the physics of the very early universe.

'One of the best books on cosmology I have ever read . . . A compact treasure-trove of cosmic insights to be read, mulled over, and read again.' – Marcus Chown, Prospect

'As one of the leading figures working on the relic radiation left over from the Big Bang, Lyman Page has been at the coalface of modern cosmology. It is a tremendous privilege to get such a clear view of science from someone so steeped in its modern history. The author's enthusiasm and wisdom shine in this gem of a book.' — Pedro G. Ferreira, author of The Perfect Theory: A Century of Geniuses and the Battle over General Relativity

'This little book describes the grandest of all stories — namely, that of our cosmic roots. Lyman Page is a leading observer of the cosmic microwave background (or CMB), the Rosetta stone of ancient light that records the story of the universe's evolution. Here, he traces our history from the Big Bang to today, writing with authority and insight about what the CMB reveals. Readers will find no better introduction to our modern view of cosmology.' — Avi Loeb, Harvard University

'My first thought on opening the book was: 'This will be just another academic jumping on the popular science bandwagon and short-changing the public with a pretty ordinary book.' Nothing could be further from the truth. This ranks alongside Steven Weinberg'sThe First Three Minutes as one of the best books on cosmology I have ever read.' – Marcus Chown, Prospect