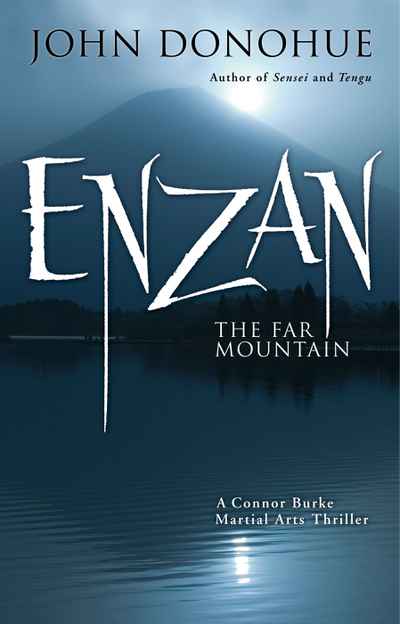 Full size image
Chie Miyazaki is wild and spoiled the pampered child of a cadet line of the imperial House of Japan. Minders have attempted to keep her drug use and sex life under control, or at least out of the tabloids. When she disappears in the United States accompanied by a slick Korean boyfriend, it sets off alarm bells among people in Japan s security apparatus. The disgrace of a member of the Imperial house is one thing, but US intelligence has picked up hints that the Korean boyfriend may be taking orders from Pyongyang. The Japanese want the problem solved quietly. They seek out Connor Burke, prize student of the master martial arts sensei Yamashita. Burke s sensei left the service of the Imperial House years ago for reasons buried in the past. Now Burke accepts the charge to seek out the errant princess, suspecting that he s somehow being used but also convinced that he needs to spare Yamashita from the dangers of a mission that could be his last. Compelled by the need to protect his master, Burke is swept along in a covert search and rescue operation that soon turns into a deadly confrontation with a North Korean sleeper cell. In the process, Burke will not only learn the secret that has drawn his sensei into such danger, but also something of the pull of the past, the power of decades old connections, and the secret that both drove Yamashita from Japan and now pulls him back into the service of the Imperial family.
page 1 of 2