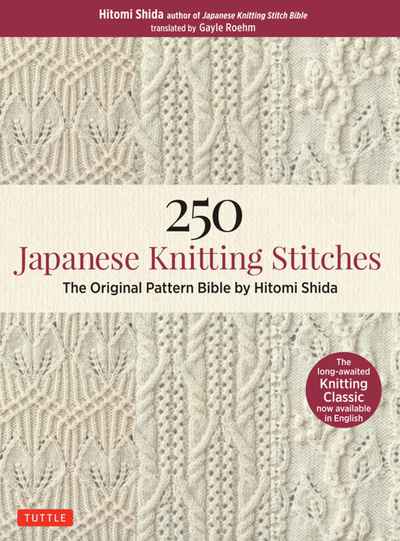 250 Japanese Knitting Stitches contains the original collection of knitting stitches first published by Hitomi Shida in 1996. Copies of the original Japanese edition have been jealously coveted by knitters around the world, and now Tuttle Publishing brings you this classic in English for the first time! Hitomi Shida's previous work, the Japanese Knitting Stitch Bible was released by Tuttle in October 2017 and has already been purchased (and tested) by thousands of avid knitters who are thrilled to discover a treasure trove of elegant and intricate new patterns. 250 Japanese Knitting Stitches was Hitomi Shida's first effort and, like its successor, is filled with her highly original and beautiful designs and variations on knitting classics. Translated and introduced by veteran knitting instructor Gayle Roehm, the best-known teacher of Japanese knitting in America. Roehm guides knitters through the particulars of the patterns and explains how to execute the stitches.