The Magical Rooster: Stories of the Chinese Zodiac, A Tale in English and Chinese Li Jian, translated by Yijin Wert 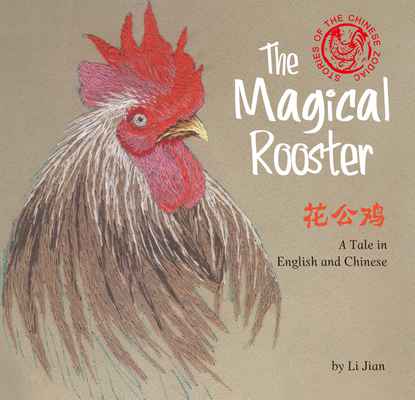 The Magical Rooster: Stories of the Chinese Zodiac, A Tale in English and Chinese
Li Jian, translated by Yijin Wert

This beautifully illustrated multicultural children's book tells the story of a young boy and his magical rooster in both English and Chinese. Long long ago, there lived a boy named Tang Yun. He studied very hard and was ready to take the imperial exam in the Capital City thousands of miles away. Yun's mother was worried about him traveling alone. After working day and night, she finished hand embroidering a rooster on Yun's outfit, hoping the magical rooster would be her son's guardian angel. During his trip, magic happened whenever Yun was in danger. With a crowing of "cock-a doodle-doo," the embroidered rooster jumped out of Yun's outfit. He was alive! He was brave, timely and kind. He helped Yun overcome many obstacles during his trip. Yun arrived at the Capital City safely and successfully passed his exam with honour. He eventually reunited with his mother. They lived happily together ever after.

"The Magical Rooster tells the story of Tang Yun, who must travel a long way to the capital city to take the Imperial Exam. Distressed by the idea of her son traveling thousands of miles, his mother embroiders a rooster on her son's clothing to watch over him on his journey. Whenever he is in need, the rooster comes to life and protects him. The story is beautifully told and illustrated and reflects Chinese culture and style, with the text written in both English and Chinese. Intended for children ages four to eight, it will be appreciated by all ages. "  – Foreword Magazine