Unbelievers, or The Moor John Mateer 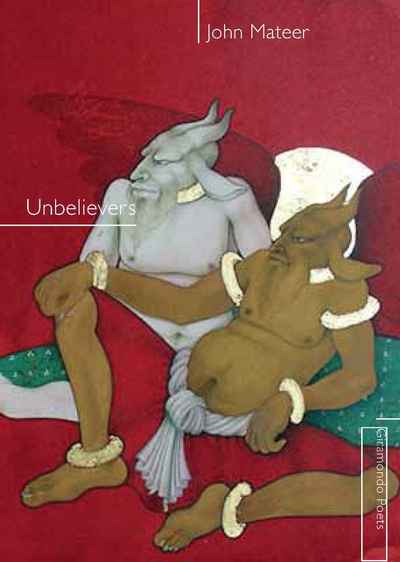 Unbelievers, or The Moor
John Mateer

John Mateer’s previous poetry book Southern Barbarians traced the influence of the Portuguese empire in the Indian Ocean – it was shortlisted for the PM’s Award for Poetry and the NSW and Victorian Premiers’ Literary Awards. Unbelievers, or The Moor takes this exploration one step further, to recover its Arabic and Islamic origins in Al-Andalus, the Moorish state which occupied much of present-day Spain and Portugal from the eighth to the fifteenth centuries. A seat of learning and culture, which combined Muslim, Christian and Jewish influences, it provides a model for Mateer’s own mixed background as a South African Australian, and for his nomadic identity as a poet. The collection is much concerned with influential but invisible histories; with the poem as a moment of connection between languages and cultures, so that it seems already to exist in translation; with doubles and hauntings, friends in far places, and above all, what Mateer calls ‘the irony of Elsewhere’.