Brokers of Deceit: How the U.S. Has Undermined Peace in the Middle East Rashid Khalidi 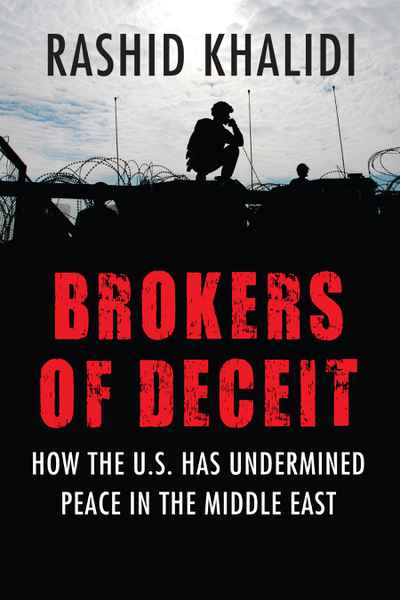 Brokers of Deceit: How the U.S. Has Undermined Peace in the Middle East
Rashid Khalidi


Full size image
Widely considered the foremost historian of the modern Middle East, Rashid Khalidi here zeroes in on the United States’ role as a purportedly impartial, honest broker in thirty-five years of a failed Palestinian-Israeli peace process. Khalidi closely analyzes the “Reagan Plan” of 1982, the 1991–1993 period covering the Madrid Peace Conference to the signing of the Oslo Accords, and President Obama’s retreat from his initially firm positions on the preconditions for a resolution to the Palestinian-Israeli conflict. These three moments reveal how the United States and Israel have colluded to prevent the emergence of a viable Palestinian state and preserve a status quo favorable to Israel. Brokers of Deceit shows why peace in the Middle East has been impossible to achieve: for decades, U.S. policymakers have masqueraded as unbiased mediators working to bring the two sides together but, in fact, have been brokers of continuing injustice, actively preventing the compromises needed to achieve a just and lasting peace between Palestinians and Israelis.
page 1 of 2