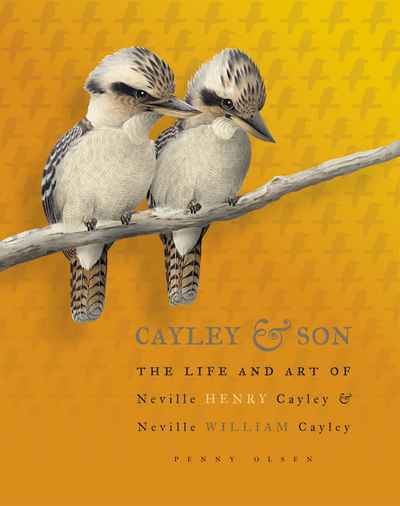 The classic field guide What Bird Is That? has been known to bird enthusiasts throughout Australia for decades, ever since it was first published in 1931. It was written and illustrated by Neville William Cayley (1886–1950), son of artist Neville Henry Cayley (1854–1903) who, before him, had also had dreams of publishing a 'big bird book'—a comprehensive publication on Australian birds—but it never came to fruition. Cayley and Son charts the lives and works of this Australian father-and-son pair of bird artists.

Penny Olsen has been honoured with another Whitley Award, a Certificate of Commendation for Historical Zoology for Cayley & Son: The Life and Art of Neville Henry Cayley and Neville William Cayley.