Where We Go From Here: Two Years in the Resistance Bernie Sanders 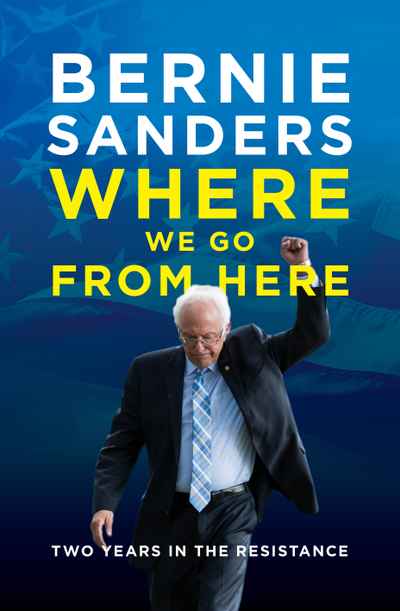 Where We Go From Here: Two Years in the Resistance
Bernie Sanders

During his campaign for President in 2016, Senator Bernie Sanders repeatedly stated that the future of America was dependent upon its willingness to start a political revolution. Real change never occurs from the top down — it always happens from the bottom up. That’s what he said when he ran for President, and that’s what he believes now more than ever.

At a time of massive and growing wealth inequality, with the US moving closer and closer to an oligarchic form of society, and in the shadow of the most reactionary Presidency in the history of the Republic, Sanders is calling for an unprecedented grassroots political movement to stand up to the greed of the billionaire class and the politicians they own.

And the good news is, progress is being made.

In this important new book, America's most popular political figure speaks about what he's been doing to oppose the Trump agenda and strengthen the progressive movement, how America can go forward as a nation and the impact that can have on the global stage.

In an era that leaves many would-be liberal and progressive voters feeling frustrated about politics, Bernie Sanders shows what he stands for, not just what he stands against. In this book, he details the core values of the progressive movement and translates them into the actions that will truly uplift the nation and the world.

'A decent, honest person. It's pretty unusual in the political system.' — Noam Chomsky

'Gives us a glimpse of what politics could be like.' — Yanis Varoufakis

'Bernie Sanders has changed US politics for ever.' — Owen Jones