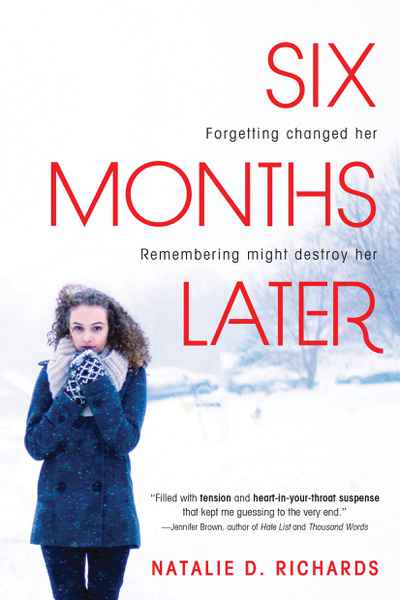 Chloe didn’t think about it much when she nodded off in study hall on that sleepy summer day. But when she wakes up, snow is on the ground and she can’t remember the last six months of her life.

Before, she’d been a mediocre student. Now, she’s on track for valedictorian and being recruited by Ivy League schools. Before, she never had a chance with super jock Blake. Now he’s her boyfriend. Before, she and Maggie were inseparable. Now her best friend won’t speak to her.

What happened to her?

And why can’t she remember?