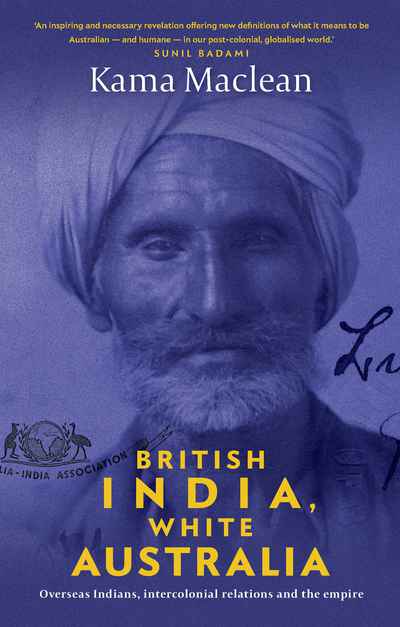 *Shortlisted for the 2021 Ernest Scott Prize*

'Commonwealth, curry and cricket' has become the belaboured phrase by which Australia seeks to emphasise its shared colonial heritage with India and improve bilateral relations in the process. Yet it is misleading because the legacy of empire differs in profound ways in both countries.

British India, White Australia explores connections between Australia and India through the lens of the British Empire by tracing the lives of people of Indian descent in Australia, from Australian Federation to Indian independence. The White Australia Policy was firmly in place while both countries were part of the British Empire. Australia was nominally self-governing but still attached very strongly to Britain; India was driven by the desire for independence. The racist immigration policies of dominions like Australia, and Britain's inability to reform them, further animated nationalist sentiments in India.

In this original, landmark work Kama Maclean calls for more meaningful dialogue about and acknowledgment of the constraints placed upon Indians in Australia and those attempting to immigrate. Indians are now the fastest-growing group of migrants in Australia, yet their presence has a long history, as told in this book.

'An inspiring and necessary revelation offering new definitions of what it means to be Australian — and humane — in our post-colonial, globalised world.' – Sunil Badami

'At last a history of the triangular relations between the United Kingdom, India and Australia. As this brilliant book shows, only by escaping empire can Australians and Indians forge independent relations based on reciprocity and mutual respect.' — Professor Marilyn Lake