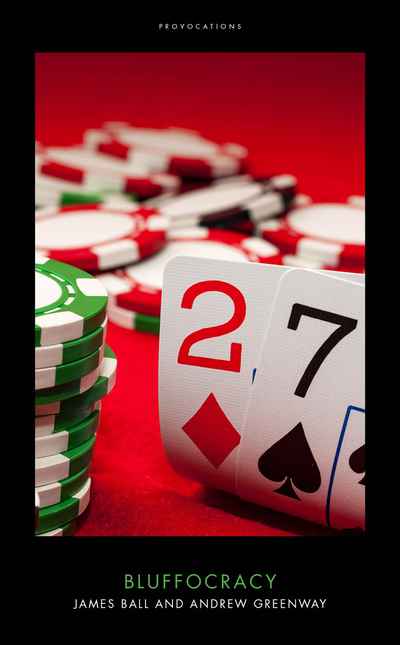 Britain is run by people who are bluffing. At the top of our government, our media, the civil service and business sit men – it’s usually men – whose core skill is talking fast, writing well, and endeavouring to imbue the purest wind with substance. They know a little bit about everything, and an awful lot about nothing. We know because we’ve seen them – and we’ve been those men.

We live in a country where George Osborne can become a newspaper editor despite never working in news, squeezing it in alongside five other jobs; where a columnist can go from calling a foreign head of state a wanker to being Foreign Secretary in six months; where the minister who holds on to his job for eighteen months has more experience on the job than the supposedly permanent senior civil servants.

The UK establishment has signed up to the cult of winging it, of pretending to hold all the aces when you actually hold a pair of twos. It prizes ‘transferable skills’, rewarding the general over the specific – and yet across the country we struggle to hire doctors, engineers, coders and more.

This book chronicles how the UK became hooked on bluffing, how it became what we teach, what we promote, and the rules of a game that we all feel the consequences of – and why we have to stop it..