At the Broken Places: A Mother and Trans Son Pick Up the Pieces Mary Collins, Donald Collins 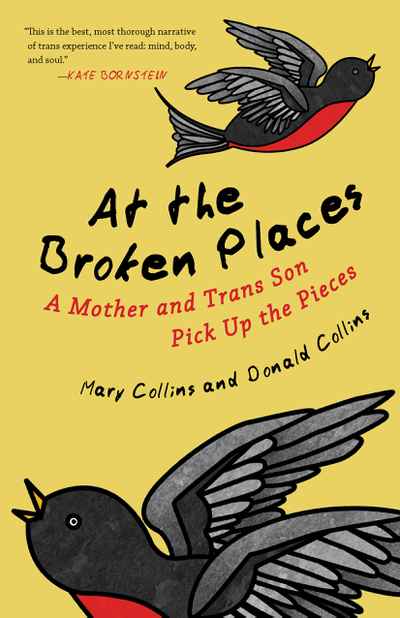 At the Broken Places: A Mother and Trans Son Pick Up the Pieces
Mary Collins, Donald Collins


Full size image
In this collaborative memoir, a parent and a transgender son recount wrestling with their differences as Donald Collins undertook medical-treatment options to better align his body with his gender identity. As a parent, Mary Collins didn't agree with her trans son's decision to physically alter his body, although she supported his right to realize himself as a person.
Raw and uncensored, each explains her or his emotional mindset at the time: Mary felt she had lost a daughter; Donald activated his authentic self. Both battled to assert their rights. A powerful memoir and resource, At the Broken Places offers a road map for families in transition.
page 1 of 2