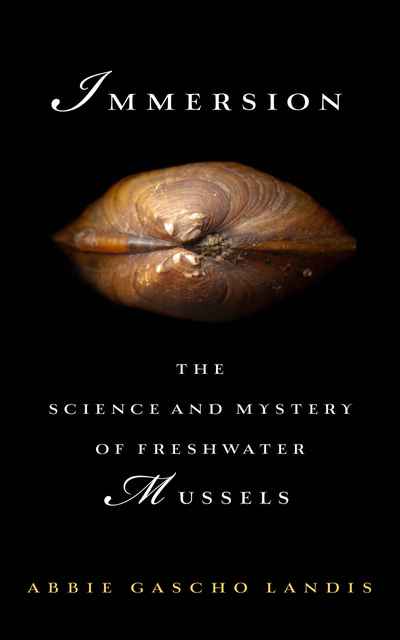 In Immersion: The Science and Mystery of Freshwater Mussels, Landis brings readers to a hotbed of mussel diversity, the American Southeast, to seek mussels where they eat, procreate, and, too often, perish. Landis shares this journey, travelling from perilous river surveys to dry stream beds and into laboratories where endangered mussels are raised one precious life at a time. Mussels have much to teach us about the health of our watersheds if we step into the creek and take a closer look at their lives. Landis gracefully chronicles these untold stories with a veterinarian's careful eye and the curiosity of a naturalist. In turns joyful and sobering, Immersion is an invitation to see rivers from a mussel's perspective, a celebration of the wild lives visible to those who learn to search.

“Getting into the mind of a mussel would be difficult, and Alabama vet Abbie Gascho Landis doesn’t try. Instead, Immersion: The Science and Mystery of Freshwater Mussels focuses on the fight to preserve a creek near Landis’s home, and reveals the vital role of molluscs as both indicators and preservers of water quality. Landis gets under the skin of not so much a single animal, but a whole ecosystem. Part scientist, part observer, and part campaigner against water pollution, she puts herself and her family at the centre of the story. This is neither cloying nor vain, and her growing fascination with her subject is infectious. Immersion is science writing at its best: rich, accurate, and moving"  ~ New Scientist