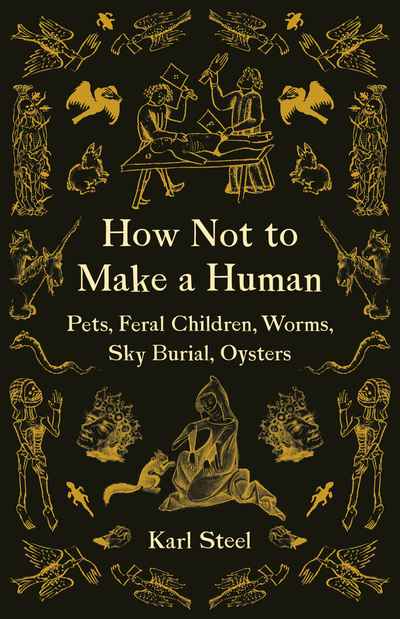 From pet keeping to sky burials, Karl Steel provides a posthuman and ecocritical interrogation of and challenge to human particularity via a range of medieval texts.

Mainstream medieval thought, like much of mainstream modern thought, habitually argued that because humans alone had language, reason, and immortal souls, all other life was simply theirs for the taking. But outside this scholarly consensus teemed a host of other ways to imagine the shared worlds of humans and nonhumans. How Not to Make a Human engages with these nonsystematic practices and thought to challenge both human particularity and the notion that agency, free will, and rationality are the defining characteristics of being human.

Exploring such diverse topics as medieval pet keeping, stories of feral and isolated children, the ecological implications of funeral practices, and the "bare life" of oysters from a variety of disanthropic perspectives, Steel furnishes contemporary posthumanists with overlooked cultural models to challenge human and other supremacies at their roots.

By collecting beliefs and practices outside the mainstream of medieval thought, How Not to Make a Human connects contemporary concerns with ecology, animal life, and rethinkings of what it means to be human to uncanny materials that emphasise matters of death, violence, edibility, and vulnerability.

'In How Not to Make a Human, Karl Steel thinks with worm-eaten corpses, oysters, pets, feral children and other creatures in a wide range of literary and visual materials and through them traces a medieval sense of the shared embodiment of humans and animals that has too often been ignored. This fascinating book challenges assumptions about the human and the period and should be read by medievalists, posthumanists, and everyone in between.' — Erica Fudge, University of Strathclyde, Glasgow

'How Not to Make a Human welcomes fleas, nits, and worms among other bedfellows to eat away at human superiority. The book swarms and crawls with new life, composting so much dead matter. Karl Steel finds prospects for the future in a medieval corpus consumed by the low, noxious, and parasitic. He prepares earthy grounds for an estranging posthuman ethics emerging from our shared destitution, with implications that go far beyond any single historical period.' — J. Allan Mitchell, author of Becoming Human: The Matter of the Medieval Child