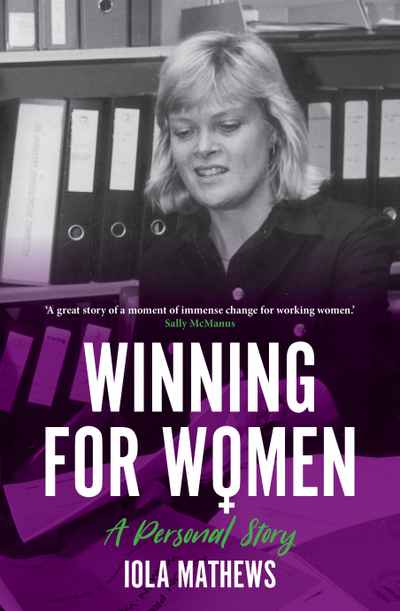 What was it like to be involved in the heady days of 'second wave' feminism in Australia, when the role of women at home and at work changed decisively? Iola Mathews was one of the founders of the Women's Electoral Lobby, a journalist at The Age, and later a leading ACTU advocate for women workers during the 'Accord' with the Hawke-Keating Government. She was one of the first generation of women trying to 'have it all' with a career and children.

In this honest and revealing memoir, she takes us inside the day-to-day groundwork required to bring about reforms in areas like affirmative action, equal pay, superannuation, childcare, parental leave and work-family issues. This is an important record of a pivotal time for women in Australia's history. Iola brings wisdom and experience to it, reflecting on where we are today, with suggestions for further reform. It's a vital source for policy makers and all those interested in women, work and families.

'Iola Mathews has written a fascinating insider account of how she battled for major reforms for women, especially during her time at the ACTU, where she won landmark cases on parental leave and wage justice for child care and clerical workers. It is so important to know the stories behind these historic victories.' — Anne Summers

'Iola's story shows what can be achieved when passionate people commit to changing the rules and fighting for fairness. Her story shows the best qualities of the union movement — people working to make life better for others and to pursue equality and fairness. A great story of a moment of immense change for working women in Australia, and of the people in the movement who made that change possible.' —Sally McManus