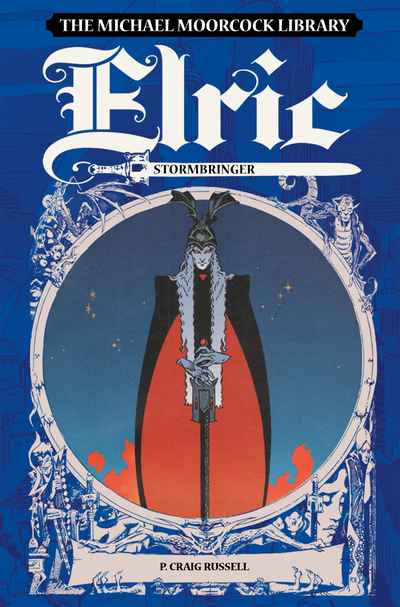 Hailed as a modern masterpiece on its first release and considered to be Russell's finest work. This volume collects the critically acclaimed, Eisner Award winning, 7-issue mini-series, adapted and drawn by the artist and writer, P. Craig Russell, who worked directly with Michael Moorcook on the script.

Stormbringer marks the climatic chapter of the epic Elric saga, bringing to a conclusion the story of Elric of Melniboné, wielder of the Runeblade Stormbringer, and his legendary quest for vegegance. The stage is set for one final battle between the forces of Chaos and Law, and one final, truly apocalyptic fight to the death between Elric and his mortal enemy Jagreen Lern for control of the Cosmic Balance.