Queen in 3D
Brian May 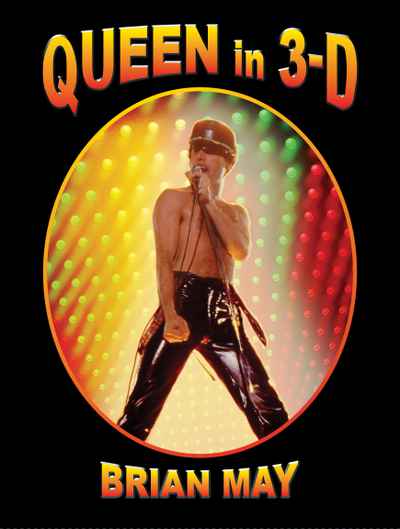 There's no ghost writer for this book. Its just me. - Brian May

With these words, the author announces the first book ever to be published about the legendary rock band Queen by a member of the band. And certainly the first book of its kind in the world. Its a unique collection of original, highly personal snapshots of Queen in Three Dimensions, from the bands inception in the early '70s right up to the present day, accompanied by the exclusive recollections of founding member and lead guitarist, Brian May.

Brian's typically honest account of his experiences within and without the band, including many extreme highs and lows, bravely opens the door to his feelings, beliefs and motivations on this trip though an extraordinary life. This book will entrance millions of Queen fans; but it will also inspire anyone who wonders what they might learn from a man who used his intellect, musical talent, and ability to make the transition from college boy to rock star in just a few years, and then go on building creatively for the next forty!

"Only hours after rocking the stage on the opening night of his Australian tour, the 70-year-old music legend made a special afternoon appearance at Kinokuniya bookstore in Sydney in front of adoring fans. He was warm and friendly, strolling through the eager crowd at the launch of his new book, Queen in 3D, and greeting everyone with a kind face and welcoming smile." - Journalist Candice Prosser reflects on meeting Brian May at the Queen in 3D event at Kinokuniya. Read the full article at ABC News

"This is the Victorian way of viewing 3D and it's still the best, to be honest," May told AAP on Thursday. Queen in 3D features never-before-seen pictures of the band taken by May from the 1970s to today using a 3D camera." - Queen's Brian May swaps strings for snaps in the West Australian