People Like Us: Margaret Thatcher and Me
Caroline Slocock 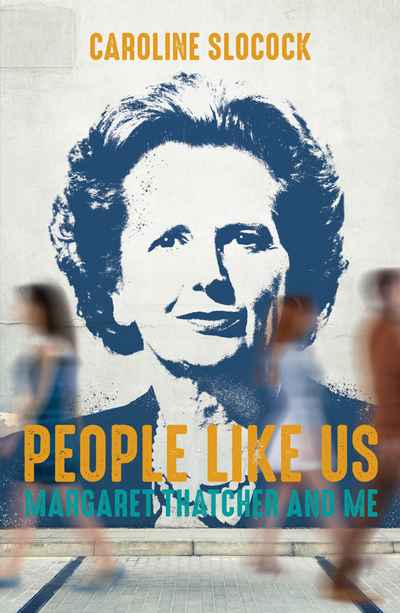 As a young civil servant, Caroline Slocock became the first ever female private secretary to any British Prime Minister, and was at Margaret Thatcher's side for the final eighteen months of her premiership. A left-wing feminist, Slocock was no natural ally - and yet she became fascinated by the woman behind the `Iron Lady' facade and by how she dealt with a world dominated by men. As events inexorably led to Margaret Thatcher's downfall, Slocock observed the vulnerabilities and contradictions of the woman considered by many to be the ultimate anti-feminist. When Thatcher eventually resigned, brought down by her closest political allies, Slocock was the only woman present to witness the astonishing scenes in the Cabinet Room. Had Thatcher been a man, it would have ended very differently, Slocock feels.

Now, in this vivid first-hand account, based on her diaries from the time and interviews with other key Downing Street personnel, Slocock paints a nuanced portrait of a woman who to this day is routinely demonised in sexist ways. Reflecting on the challenges women still face in public life, Slocock concludes it's time to rewrite how we portray powerful women and for women to set aside politics and accept that Margaret Thatcher was `one of us'. A remarkable political and personal memoir, People Like Us charts life inside Thatcher's No. 10 during its dying days and reflects on women and power then and now.