Parallel Lines: A journey from childhood to Belsen
Peter Lantos 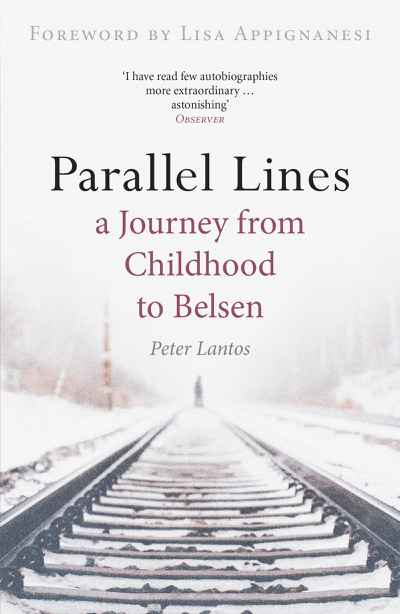 This is a story of a young boy’s journey from a sleepy provincial town in Hungary during the Second World War to the concentration camp in Bergen-Belsen. After a winter in Bergen-Belsen where his father died, he and his mother were liberated by the Americans outside a small German village, and handed over to the Red Army. They escaped from the Russians, and travelled, hiding on a goods train, through Prague to Budapest. Unlike other books dealing with this period, this is not a Holocaust story, but a child’s recollection of a journey full of surprise, excitement, bereavement and terror.