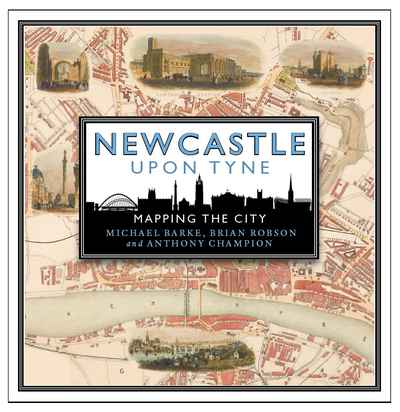 Newcastle has a long and distinguished history through two millennia: a Roman fortress at the eastern end of Hadrian's Wall; an important centre of monasticism; a 'royal' bulwark against attacks and invasion from Scotland; and the principal centre for the export of coal to London. In the 19th century it was transformed into an elegant Georgian townscape with dramatic streets and handsome public buildings. It and other towns on the Tyne - Gateshead, Jarrow, Wallsend, Tynemouth, North and South Shields - developed important industries: shipbuilding, glass and heavy engineering. Tyneside suffered severe contraction in the 20th  century as heavy industry declined, but it has begun to reinvent itself and create new growth shoots, not least its vibrant cultural industries including music and art.

This book takes an innovative approach to telling the story of the area's history by focusing on the historic maps and plans that record the growth and development of Newcastle and Tyneside over many centuries.