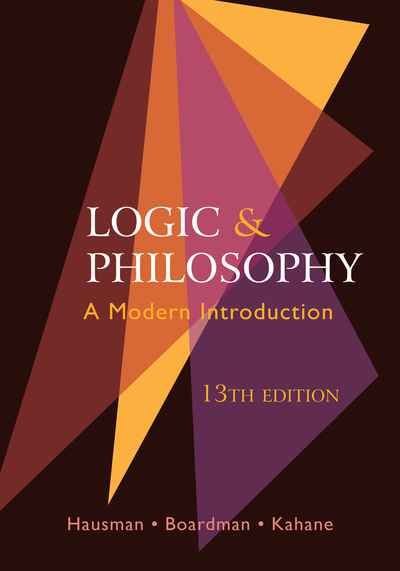 A comprehensive introduction to formal logic, Logic and Philosophy: A Modern Introduction is a rigorous yet accessible text, appropriate for students encountering the subject for the first time. Abundant, carefully crafted exercise sets accompanied by a clear, engaging exposition build to an exploration of sentential logic, first-order predicate logic, the theory of descriptions, identity, relations, set theory, modal logic, and Aristotelian logic. And as its title suggests, Logic and Philosophy is devoted not only to logic but also to the philosophical debates that led to the development of the field.

Much new material has been added for the 13th edition. An introduction to set theory and its relationship to logic and mathematics, including philosophical issues, is now part of Chapter 13. Chapter 15 is an introduction to modal logic and Kripke semantics, concluding with a discussion of philosophical problems with any logical accommodation of modalities. Instructors who do not wish to present proof methods will find chapters on truth trees for both sentential and first-order logic, and a presentation of trees for modal logic.

Special features of this text include presentations of the history of logic, alternatives to traditional methods of conditional and indirect proof, and a discussion of semantic problems with universal and existential instantiations. Throughout, the authors are sensitive to philosophical issues that arise from the relationship between ordinary language, symbolic logic, and justifications for the syntax and semantics of the various symbolic languages. Discussions range from the justification of the truth table for the sentential rendering of if...then statements to semantic and syntactic paradoxes, including some troubling paradoxes that arise in ordinary language (e.g., the so-called hangman or surprise quiz paradox).

Logic and Philosophy includes ample material for a one-semester or two-semester course and provides a thorough preparation for more advanced logic courses.