The Last Refuge: A True Story of War, Survival and Life Under Siege in Srebrenica
Hasan Nuhanovic, translated by Alison Sluiter, Mirjana Evtov 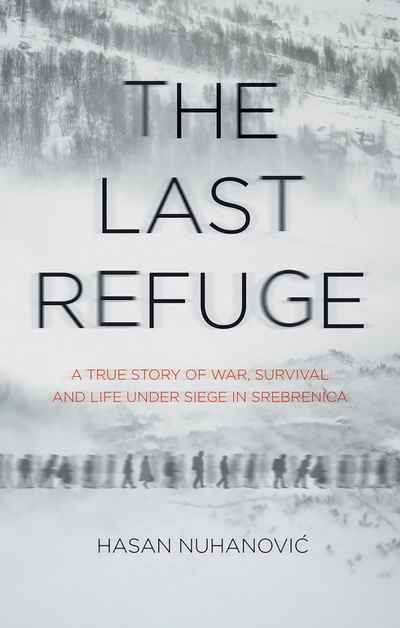 ‘We went to the mountains of eastern Bosnia to hide from the war. As if a forest could shield you from a war. The war flies, reaches you in a second. It runs through the walls, over the mountains and rivers. It enters your mind, your heart and your soul and refuses to leave . . .’

In 1992, amid growing violence in eastern Bosnia, Hasan Nuhanović and his family were forced to flee their home for the safety of Bosnia’s mountainous countryside. High up in the woods along the Drina River, Hasan and thousands of Bosniak refugees faced freezing nights, deprivation and death, while Serb soldiers covered their retreat with sniper fire and artillery shelling.

After many months on the move the Bosniaks battled their way to the town of Srebrenica, their last refuge, under the protection of a small UN force. When the Bosnian-Serb army laid siege to the town, Hasan’s life once more became a daily struggle for survival. The Last Refuge is a powerful first-hand account of the barbarism of those years leading up to the massacre in Srebrenica; it is also a compelling and pertinent story of life, survival and heroism on the frontlines of a bitter conflict.