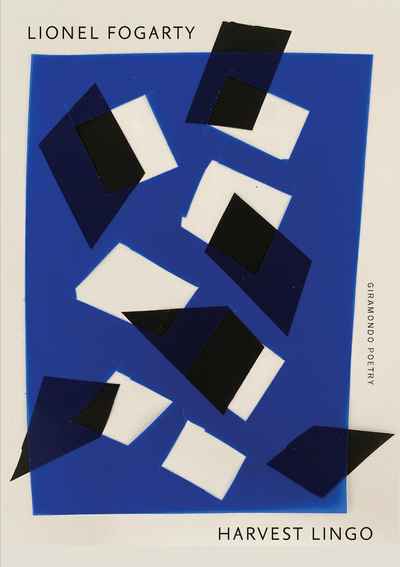 Harvest Lingo is the fourteenth collection of poems by Lionel Fogarty, a Murri man with traditional connections to the Yugambeh people from south of Brisbane and the Kudjela people of north Queensland. He is a leading Indigenous rights activist, and one of Australia’s foremost poets, and this collection displays all of the urgency, energy and linguistic audacity for which Fogarty is known.

At the centre of the collection is a series of poems written in India. Deeply empathetic, these poems are remarkable for the connections they draw between the social problems the poet encounters in this country — poverty, class division, corruption — and those he sees in contemporary Australia, besetting his own people.

Other poems tell of encounters between people and between cultures, address historical and cultural issues and political events, and pay tribute to important Indigenous figures. There are intensely felt lyrics of personal experience, and poems which contemplate Fogarty’s own position as a poet and an activist, speaking with and for his community.

Fogarty’s poems are bold and fierce, at times challenging and confronting, moved by strong rhythms and a remarkable freedom with language. They are an expression of the ‘harvest lingo’ which gives the collection its title.