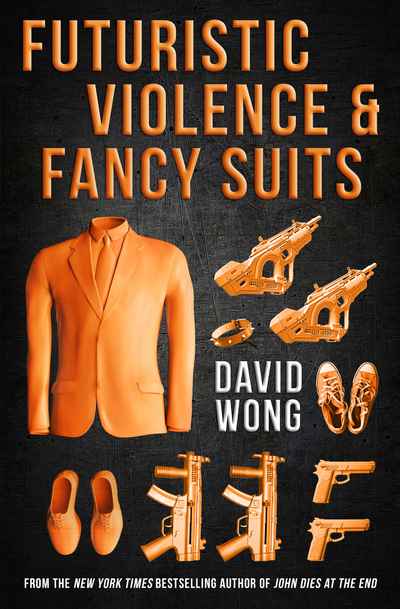 In a prosperous yet gruesomely violent near-future, superhero vigilantes battle thugs whose heads are full of super villain fantasies. The peace is kept by a team of smooth, well-dressed negotiators called The Men in Fancy Suits. Meanwhile a young girl is caught in the middle, and thinks the whole thing is ridiculous. Zoey, a recent college graduate with a worthless degree, makes a reluctant trip into the city after hearing that her estranged con artist father had died in a mysterious yet spectacular way. There she finds that her scumbag dad had actually, in the final years of his life, put his amazing talent for hustling to good use: He was one of the founding members of the Fancy Suits, and died in the course of his duties. Zoey is quickly entangled in the city's surreal mob war when she is taken hostage by a particularly crazy villain who imagines himself to be a Dr. Doom-level mastermind. The villain is demanding information about Zoe's father when she is rescued by The Fancy Suits. She reluctantly joins their cause and help finish what her old man started, tapping into her innate talent for bullshit that she inherited from her hated father. And along the way, she might just have to learn how to trust people again.