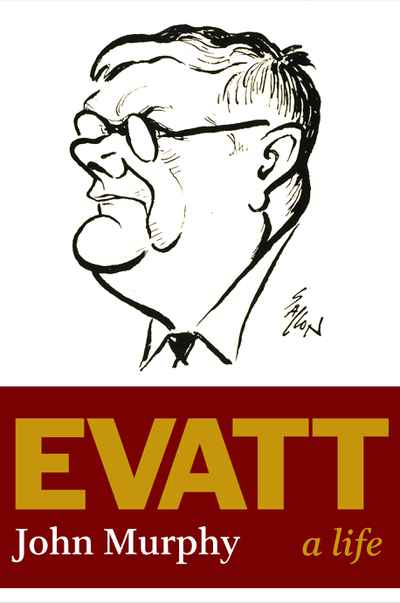 John Murphy's Evatt: A life is a biography of Australian parliamentarian and jurist HV Evatt. Remembered as the first foreign minister to argue for an independent Australian policy in the 1940s and for his central role in the formation of the UN, Evatt went on to be the leader of the Labor party in the 1950s, the time of the split that resulted in the party being out of power for a generation. Evatt traces the course of Evatt's life and places him in the context of a long period of conservatism in Australia. It treats Evatt's inner, personal life as being just as important as his spectacular, controversial and eventual tragic public career. Murphy looks closely at Evatt's previously unexamined private life and unravels some of the puzzles that have lead Evatt to be considered erratic, even mad.

'Bert' Evatt remains a polarising figure – still considered by many in Labor as the man who 'split the party' and by many conservatives as unreliable and dangerous.