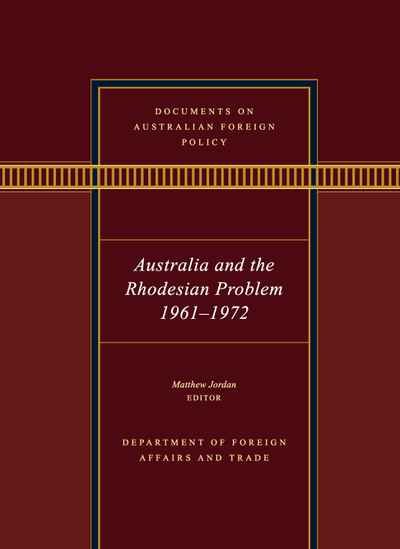 Australia and the Rhodesian Problem 1961–1972 draws on both published and unpublished records from the National Archives of Australia to document Australia's attitudes and policies towards the Rhodesian crisis during the 1960s and 1970s. It is the latest volume in the Documents on Australian Foreign Policy series produced by the Department of Foreign Affairs and Trade (DFAT). Containing 530 departmental documents, plus commentary and an introduction by DFAT historian Matthew Jordan, the volume provides valuable primary-source materials for historians, students and researchers interested in Australia's relationship with Great Britain and its former colonies in this period.