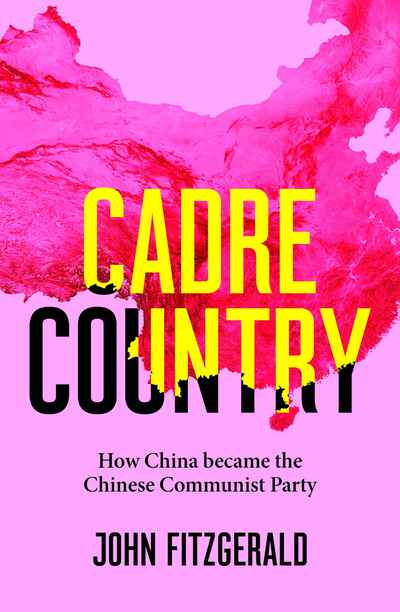 Since the founding of the Communist Party in China just over a century ago, there is much the country has achieved. But who does the heavy lifting in China? And who walks away with the spoils? Cadre Country places the spotlight on the nation’s 40 million cadres – the managers and government officials employed by the ruling Communist Party to protect its great enterprise. This group has captured the culture and wealth of China, excluding the voices of the common citizens of this powerful and diverse country.

Award-winning historian John Fitzgerald focuses on the stories the Communist Party tells about itself, exploring how China works as an authoritarian state and revealing Beijing’s monumental propaganda productions as a fragile edifice built on questionable assumptions.

Cadre Country is essential reading for anyone who wants to understand the workings of the Chinese Communist Party and the limits of its achievements.

‘It takes decades of patient observation, experience and study of China to produce a book like this. Cadre Country is a must read for specialists and the general public.’  – Anita Chan, Australian National University

‘One of the most important books on China written since Xi Jinping assumed power, Cadre Country is a forensic and profound explication of the true nature of the Chinese Communist Party.’ — John Lee, Hudson Institute and United States Studies Centre

‘Everyone interested in China today should read this incisive analysis that explains exactly what China’s own leaders mean by describing their country as a “party-state”.  Avoiding shibboleths like “totalitarian” and never assuming the inevitability of the paths China has taken in the past or will take in the future, Fitzgerald gives us a much-needed clinical description of the fundamental nature of Chinese politics.’ — Peter Zarrow, University of Connecticut